Causality between Risk and Efficiency of Eurozone Banks

Past studies have made efforts to measure the efficiency of financial institutions (Altunbas, Carbo, Gardener, & Molyneux, 2007; Berger, & Mester, 1997; Monsálvez, 1998). Nevertheless, Monsálvez (1998) argued that most traditional efficiency measures tend to neglect bank risk. There several ways risk can be measured, including loan losses or rather problem loans. The author further added that there are few instances where existing banking literature has attempted to examine how risk may impact bank efficiency. The few attempts have proved to have two key limitations: they fail to differentiate between risks that originate from environmental factors and are beyond the manager and risks emanating from the internal management actions. Berger and DeYoung (1997) added that the causality between risk and banking institutions’ efficiency had received minimal attention when it comes to banking literature. To address this gap, the authors employed a Granger-causality analysis to test four (4) hypotheses concerning the links among quality of the loan, cost efficiency, and bank capital. The findings of the study suggested that problem loans result in reduced cost efficiency. The results also indicated that cost efficiency leads to a reduction in problem loans. As such, cost efficiency can be utilized as a significant indicator of future problem loans as well as problem banking institutions. The authors concluded that an increased risk of nonperforming loans mainly follows reduced cost efficiency.

In their study, Altunbas et al. (2007) analyzed the association between capital, risk, and efficiency of a large sample of European banks between 1992 and 2000. The needed data was gathered from the Bankscope database that included balance sheets and income statement details of 15 banks operating within European nations. The authors found no positive correlation between inefficiency and risk-taking by the banks. It was also evident that inefficient European banks seemed to hold a substantial amount of capital and took less risk. This was an indication that regulators’ preference for capital serves to restrict risk-taking operations among the banks. The negative relationship was also attributed to the fact that banks with financial strength can minimize risk-taking. Similarly, Berger and Mester (1997) were interested in sources of the variation in measured efficiency among the banking institutions. As a result, the authors examined the potential sources of efficiency differences. A review of existing literature and data belonging to the United States banks for the period between 1990 and 1995 was used. Nonetheless, the study found out there is no consensus on possible sources of differences in measured efficiency.

Using granger-causality approaches Fiordelisi, Marques-Ibanez, and Molyneux (2011) examined the link between bank risk, efficiency, and capital. The study’s findings indicated that lower bank efficiency concerning revenues and costs tends to result in higher bank risk. This, in return, was found to increase bank capital precede cost-efficiency enhancements. The study further revealed that banks that emerge to be more efficient tend to become ideally capitalized, and higher capital levels have a positive impact on efficiency levels. This suggested that banks that are better capitalized have the likelihood of minimizing their cost compared to their undercapitalized counterparts. Nevertheless, the study found minimal evidence on causality between capital and risks. In essence, the authors found little evidence of a significant causal link between capital and market-based bank risk indicators. The authors further found that the causal link between capital and nonperforming loans as risk indicators is bi-directional.

Kwan and Eisenbeis (1997) examined the interrelationships between bank interest rate, credit risk-taking, capitalization, and finally, operating efficiency. The findings found a positive impact of inefficiency on risk-taking that supports the moral hazard hypothesis. The hypothesis suggests that poor-performing banks are susceptible to risk-taking when compared to their high performing counterparts. Kwan and colleagues further found out that more banks with more capital operate more efficiently than less-capitalized banks. Additionally, it was found that operating efficiency improves at a decreasing rate once the loan rate increases. Additionally, the study found a positive effect if inefficient on the capital level, attributed to the regulatory pressure among underperforming banking institutions. Similar findings were made by Altunbas et al. (2007) in that regulators restrict risk-taking among underperforming banks. Uhde and Heimeshoff (2009) capital regulations have considerably reinforced banks’ financial stability across the whole European Union region. The findings demonstrated that higher levels of capital strictness are positively linked with ideal financial soundness and sensible conduct of bank managers within the Eastern and Western European banking markets. Large banks within Western Europe can use greater freedoms to enhance efficiency and risk diversification. On the other hand, Eastern Europe banks seem to exploit greater freedoms to take huge risks, especially if the existing regulations tend to encourage risk-taking incentives 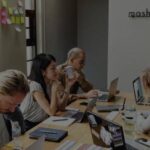 A Sample of Student Response

A Sample of Annotated Bibliography 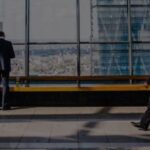